Join the SAM staff in a survivor support group or find a group in your local community.

– It is a relief to learn that we are not going crazy, we are just grieving.
– True feelings of anger and/or guilt can be expressed without judgement.
– A place to meet people who truly care about you.
– Everyone needs hugs and a support group is a good place to get them.

Survivors of Suicide (S.O.S.) is a local support group for those who have lost someone to suicide. Our group’s sole purpose is to help those who have lost loved ones through support and understanding. We realize this is a very emotional experience, and we strive for everyone to feel safe and comfortable. We rely on anonymity and your participation is completely your decision. We support and do not judge. This is a peer group and our facilitators are not mental health professionals. We encourage separate counseling as well.

Please join us for our once a month meeting in the evening at:

When: First Monday Every Month 6:00 – 8:00 pm
Location: *NEW* Huddle House Banquet Room – 120 Airport Road, Fort Payne, AL
Contact: Nicole Goggans at 256-630-2070 or nicole.samfound@gmail.com
Fee: This service is offered to survivors at no charge.
Purpose: Offers an opportunity for people who have lost a loved one by suicide
More Info: Download SOS Group Flyer 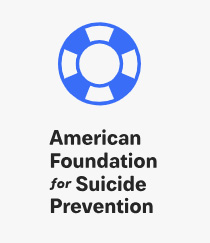 Find a support group to get involved in. AFSP lists U.S. and international support groups as a public service.

The SAM Foundation promotes and financially supports other non-profits with similar missions. Our partners include:

The Dekalb County Advocacy Center is an organization with the goal of providing hope and healing for abused and at risk children. They offer free counseling and therapy to children throughout Dekalb County, Alabama. They also provide a violence/child abuse prevention presentation to all 2nd and 5th grade classes in the Dekalb County school systems. They provide Bullying/Cyber-bullying presentations to 6th, 7th and 8th grade classes. Lastly, they present 9-12th grade students a dating violence prevention presentation. More than 1200 students were reached through these awareness presentations last year.

The Jason Foundation, Inc. (JFI a 501 c3 organization) is dedicated to the prevention of the “Silent Epidemic” of youth suicide through educational and awareness programs that equip young people, educators/youth workers and parents with the tools and resources to help identify and assist at-risk youth. JFI believes that awareness and education are the first steps to prevention.

JFI’s intention is to empower youth, educators and parents to help recognize when young people are in pain and know to get professional help involved as soon as possible. In 2007, The Jason Flatt Act was first passed in Tennessee and became the nation’s most inclusive and mandatory youth suicide awareness and prevention legislation pertaining to Teacher’s In-Service Training. It required all educators in the state to complete 2 hours of youth suicide awareness and prevention training each year in order to be able to be licensed to teach in Tennessee. Now 40% of all states have passed this life saving legislation.

Crisis Services of North Alabama (CSNA) is a multi-service agency for individuals and families in crisis. It is comprised of three major programs. They are the Domestic Violence Program, the Crisis Counseling Program, and Forensic Nurse Examiner (FNE) Program. As part of their programs CSNA operates a help line in North Alabama for anyone in crisis including those considering suicide. CSNA also utilizes federal grants to offer suicide awareness training in Madison, Morgan, Limestone and Jackson Counties in Alabama.

Dozens of meetings later, and without a budget, a group of prevention advocates composed the State's prevention plan, hosted suicide prevention coalition trainings, participated in and hosted numerous suicide prevention community events. As a result, the ASPARC 501(c)3 non-profit organization was formed. ASPARC meetings are held every other month in the Birmingham area. Members are welcome to attend and to participate in committees and initiatives.

Our mission is to partner with communities and organizations to reduce suicide and take action to raise public awareness of suicide as a serious health and welfare concern in Alabama.